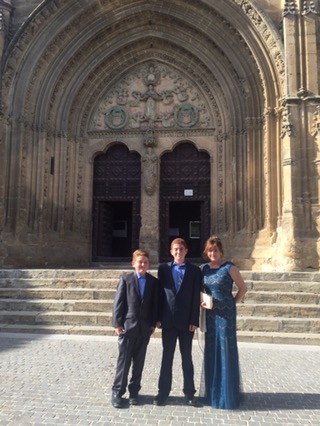 When our dear friend Luis informed us that he was getting married on September 3rd, we were incredibly excited. Luis and I met when we hired him to coach for America SCORES LA thirteen years ago, and some of you may remember that he lived with our family for 6 months back in 2004. He moved back home to Ubeda where he met his wife to be Maria Jose, and we spent time with them on our visit to Spain last year. When we found out that we would be here for “la boda” (the wedding), we were elated. 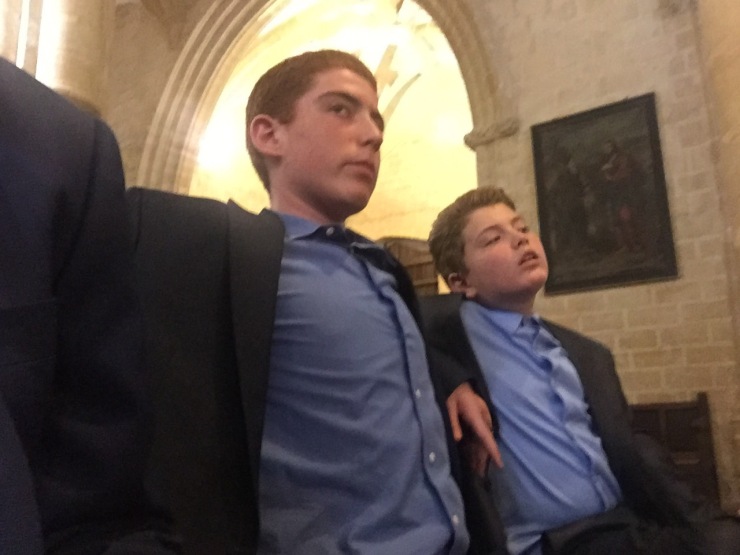 Not surprisingly, I assumed that a wedding was a wedding. Fortunately, Karen was a bit more inquisitive, and we learned a number of important things prior to the big event. Things like women needing to wear long dresses for an evening wedding or cover their shoulders inside the church seemed like pertinent pieces of information. Similarly for protocols on gifts. We followed all the guidelines and believed we were poised to put our best foot forward.

What we hadn’t completely realized is that attending a Spanish wedding for an American family required a degree of preparation and training. Had we been practicing staying up all night or eating for 6 hours straight, we might have had a chance. As it was, we were severely overmatched even in Karen’s beautiful blue dress and my Spanish suit. 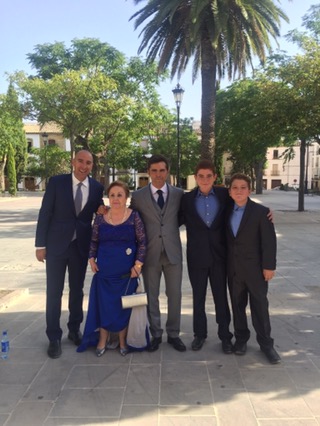 When trying to explain our first Spanish wedding, I don’t really know where to begin. The church in the center of Ubeda was over 600 years old and truly magnificent. And the wedding was a combination of formality and tradition blended together with a relaxed aura that was different than we had ever experienced at a wedding. People mingled outside. The groom greeted guests. His mother took photos with us. And then people basically strolled into the church so the bride could come down the aisle. No long processions. No music until the bride arrived. No ushers or wedding party. Although the ceremony was detailed and involved, the priest was relaxed, conversational, charming, and charismatic. 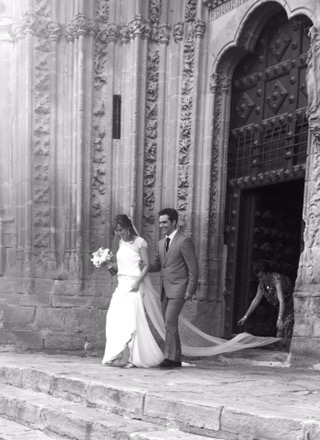 At the same time, everybody dressed to the nines. Think Oscars. It was truly a celebration with every color imaginable. It wasn’t showy–just playful, celebratory, and joyous. Everything a wedding should be. After the ceremony concluded, the couple emerged on the wedding steps in the most traditional fashion as the rice was thrown. 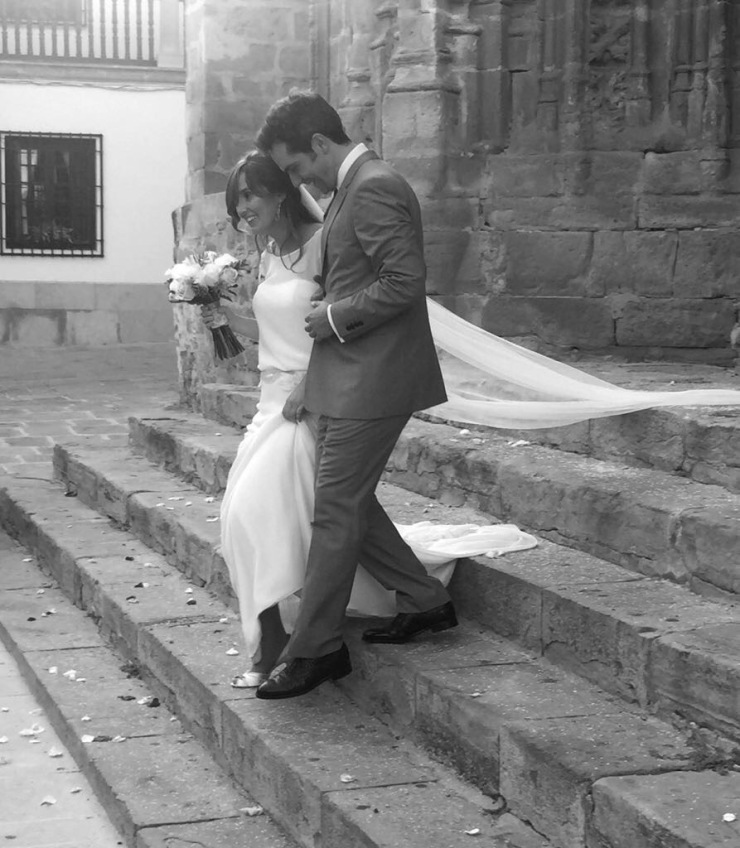 Following the ceremony, everyone headed to an incredible venue outside of town for the reception. There is no way I can attempt to describe this and do it justice, but let me say simply that Spaniards set a standard for celebrating that is truly unmatched. We literally ate and drank from 9 PM – 3 AM. No speeches or video montages. No photographers and videographers. Just food, drink, family, conversation, and friends. The bride and groom just eased in to the mix and people truly operated without a timetable of any sort. The dance floor opened at 3 am, and truth be told, I was battling a touch of the flu and couldn’t make it much longer. It wouldn’t surprise me if the celebration is still going. It was that spectacular. Perhaps the menu below will give you a glimpse of this.

Lastly, I cannot express just how welcomed we were, not only by Luis and Mariajo and their families, but by everyone we met. Even with our language limitations, they engaged us in conversation all night long. To give you a sense of the kindness we experienced, close friends of the bride and groom offered to have the boys stay with them for a week while Karen and I take a vacation. Oh, by the way, they also have a 1 year old. Astonishing.

At the end of the night, we felt honored to have been able to witness this beautiful wedding of dear friends. We were awed by the food and moved by the warmth of the people. The Andalusian pace had slowed considerably from the big cities we had been to early in our trip, and this welcome change let us know we were ready for a place with daily siestas.

PS – If you are wondering why there aren’t more photos from the reception, it’s because apparently people in Spain are actually more interested in experiencing the moment rather than photographing themselves in the moment. We barely saw a cell phone all night, and I was slightly embarrassed to pull mine out. 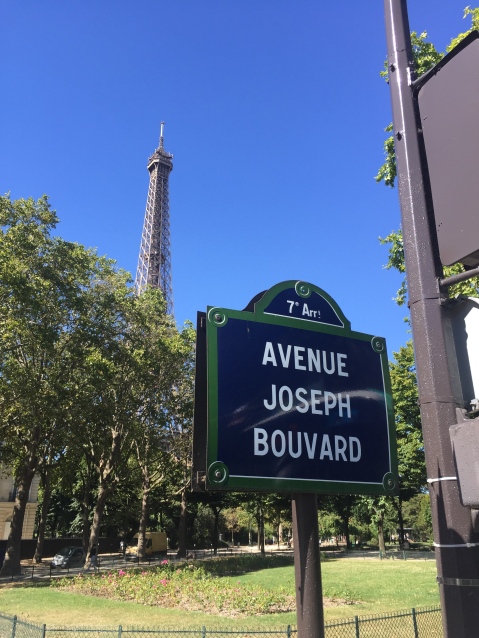 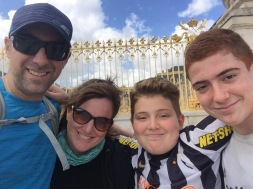 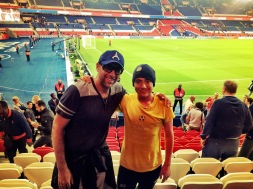 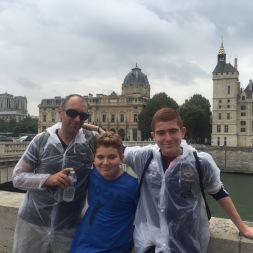 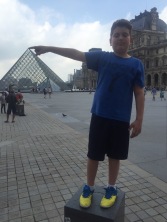 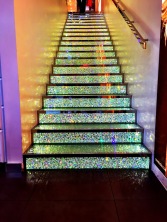 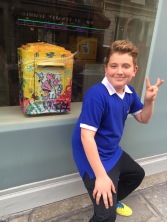 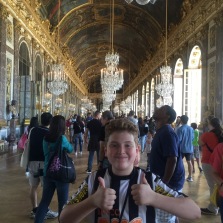 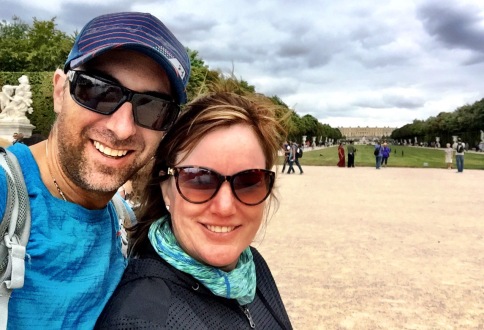 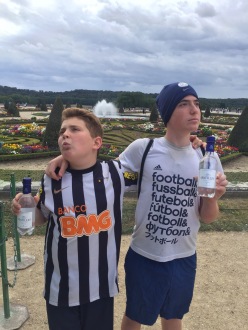 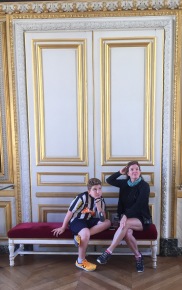 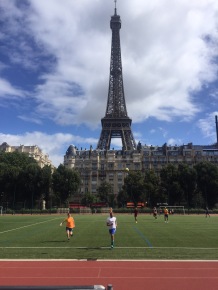 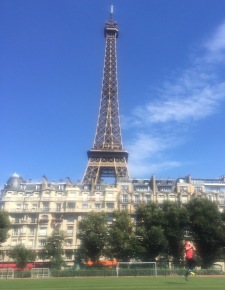 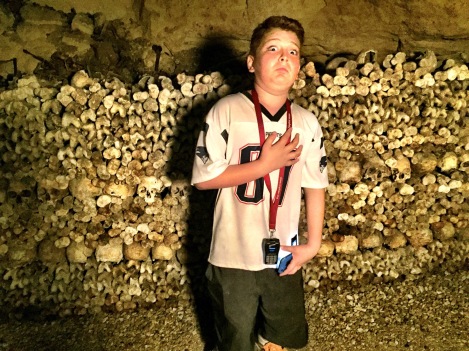 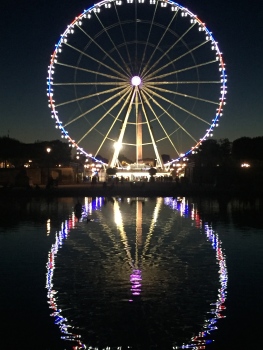